Turn up at any time during the course of the day (12noon-4pm), come and go as you please – there will always be something to do or see, and performances happen at least twice. 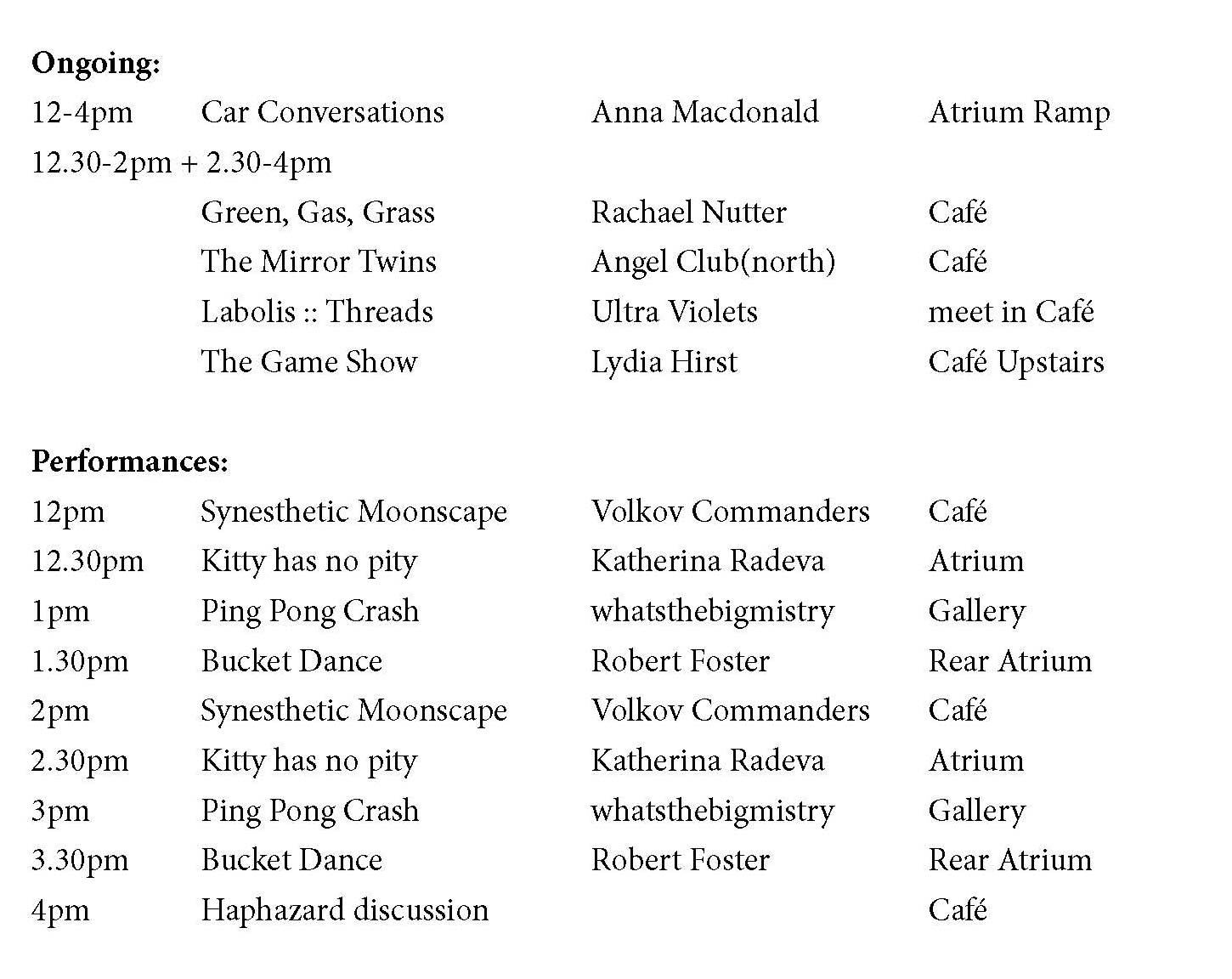 In the Café, expect Volkov Commanders’ geometric orchestra, Rachael Nutter’s carbon dioxide garden, Angel Club (north’s) mischievous mirror twins and, Upstairs, become contestants in Lydia Hirst’s budget recreation of the iconic Crystal Maze gameshow… Or take a journey of discovery on Ultra Violets’ exploration of the hidden maze of Z-arts in search of a Minotaur on the prowl.

In the Atrium meet Kitty, a hula-hooping maestro, or listen-in on a miniature highway of talking cars… Join a bonkers bucket dance in the Rear Atrium or take a half-hour breather in the Gallery for whatsthebigmistry’s Ping Pong Crash and… Throughout you will be welcomed by friendly wildlife – if you need some help feel free to badger a badger, tackle a tiger or worry a wolf. 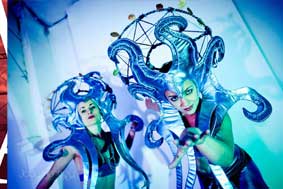 A shape-shifting maze in an urban metropolis – immersing players of all ages in fantasy spaces, it seeks to test the wits and sharpen senses through fun and games. Come creep, sneak, frolic and guess your way through riddle-solving realms where live creatures roam; stars will charm you with their stories and nothing is quite what it seems. This time, a Minotaur is on the prowl… 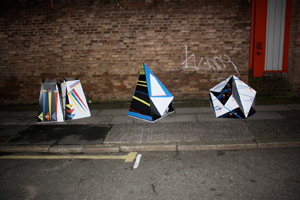 Volkov Commanders | Synesthetic Moonscape
An experimental sound performance by the Volkov Commanders, who are a trio of artists who clambered down to Earth on the Volkov; their large, mechanical woolly mammoth. They constructed the Volkov in their crater on the moon for the sole purpose of flying to Earth to gather information and share what knowledge they had from their home planet. This piece sees the Commanders housed inside large geometric shaped costumes with contact microphones attached to the structures, allowing them to make strange Moon music by playing the costumes like instruments. 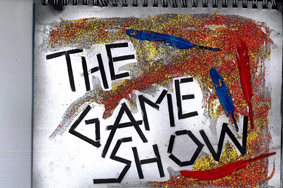 Lydia Hirst | The Gameshow
Set in the future on an abandoned space station, the Gamesmaster and his scientist have gone mad from watching too much bad TV. Two teams must do battle in a series of mental and physical challenges for the chance to return to Earth and play out more.
Lydia is a founding member of Eggs Collective; her experiments in live art tend to be fun, trashy and high concept. 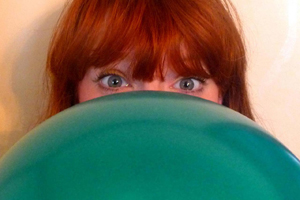 Rachael Nutter | Green, Gas, Grass
It’s hard to be glum in a garden green
With the squeakiest flowers you’ve ever seen
Where the sun shines bright all day long
And the grass grows round to the bird song
If you’re feeling deflated by the cold outside
Pop along to the balloon filled patch where I reside. 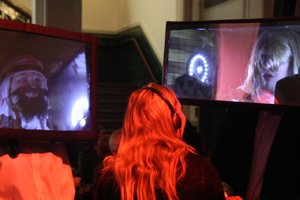 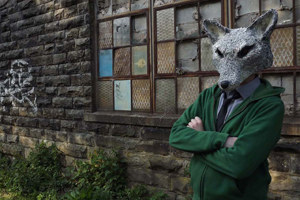 Lani Irving | Wildlife
It is little known that Manchester is home to some of the most remarkable wildlife in the world. In recent months there have been sightings of dandy wolves, busy badgers, socially awkward foxes and the odd commuting duck… If you’re lucky, maybe you’ll catch a glimpse of some of these bizarre creatures going about their business, or even discover a previously unseen species! 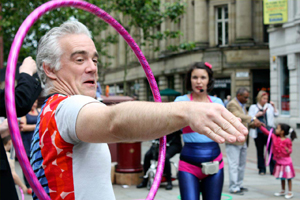 Katherina Radeva | Kitty Has No Pity
No kidding, this will be fun!
Remember when you were young and carefree? This is a bit like that, but with a twist! A fun nostalgic look at those lost childhood and childish moments of playful learning, exercising and gaming. Throwing caution to the wind, all are urged to take up the hoop and join in the games.
See video 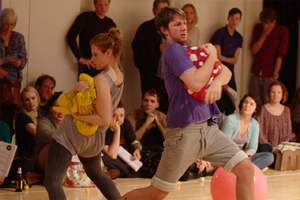 whatsthebigmistry | Ping Pong Crash and Other Sounds
A small orchestra of bodies and objects, performing a score of action and tasks – a performance of falling, inflating and pushing… Imagine a space going off with an assortment lilos, life jackets and beach balls bouncing off the walls, the sound of 500 ping pong balls falling or a crash box of crockery hitting the floor, a march punctuated by the squeak of pet shop toys… 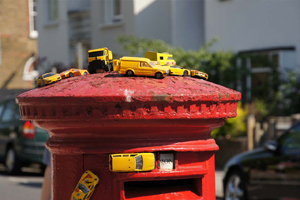 Anna Macdonald | Car Conversations
There is something about being in a car that invites us to talk in ways that we wouldn’t in other places. Car Conversations is an installation that consists of thousands of toy cars forming tiny motorways that run along, over and under unusual spaces. Inside some of the cars are miniature speakers so, when you lean in closely, you can hear real recordings of people on car journeys as they sing, shout and ask ‘are we nearly there yet?’
Anna Macdonald’s work spans dance, film and installations. For this work she collaborated with Manchester-based sound artist Sam Heitzman.

####Plus: Haphazard discussion, 4pm An informal chance to meet the artists and to discuss art that can bridge the generation gap. What different responses does the same work provoke and what can we, as adults, learn from how kids watch performance?