Sam Treadaway | «
« , or rewind, is a live interventional work in which the artist will trace, edit and rupture the architectural space of the Bluecoat, deploying only barrier tape and map pins.

The work is intended to address divisions and borders between private and public territories. This includes the institutional control and sanction of a given place/space, be that within the ‘non-spaces’ of urban environments or, indeed, within the gallery setting and by extension the Art World. www.samtreadaway.com 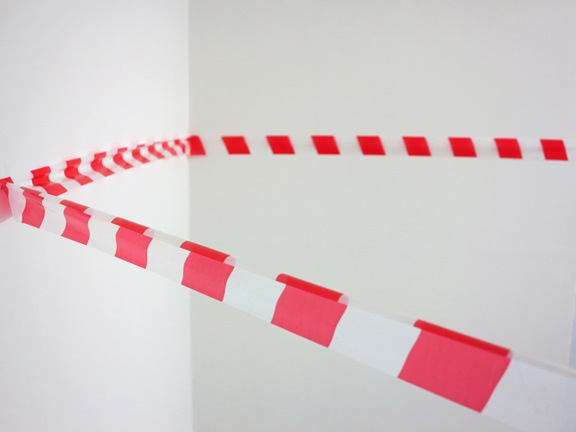 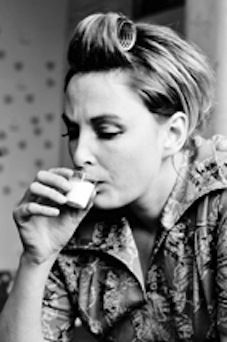 Louise Orwin | Humiliation Piece (for the duration)
Louise wants to be everything to you today – it’s her last chance. Watch her squirm and struggle through a dastardly game of Truth and Dare controlled and judged by you: she’s willing to go that extra mile to keep that smile on your face, but if she fails, she knows punishment lies in your hands.
A one-woman crusade to the ultimate exhilarating performance, think Truth-or-Dare meets X-Factor-judgement-day meets Fun-House-gunge-tank: what does entertainment mean to you? 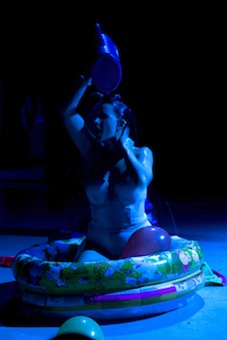 Rosanne Robertson | Semi-automatic
The connection between a subtle movement and an imposing sound. By connecting body, object, action and sound via the amplified vibration of a surface this piece presents an uncomplicated arrangement exploring control. A continuous moment of control charged with the impeding terror of possible loss of control.

Martin Hamblen | Cutting Corners
I use installation, intervention, time-based media and performance. Inspired by Duchamp and Beuys my practise is democratic and egalitarian in delivery and execution, reacting to and embracing the laypersons common criticism of contemporary art: “I could do that”. 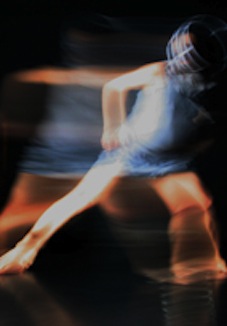 ONLY 12noon-2pm: Frances-Kay | Scaffold
Exploring the effects of duration on the mind, body and performance.

CANCELLED: Jack Coverdale | Twice Nightly
A piece about the past, about a changing country and a change in culture. A piece about forgotten stars and fading sensibilities in the spit and sawdust theatres which used to dot this country.