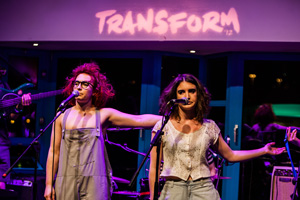 ####More
Once upon a time there was us. Ruby and us. Ruby was our mum. She had to work a lot. We played in the burnt out car round the back. We could do anything… except play with the needles.

Then everything changed, and there were bright lights and loud noises and flashing cameras. And there was her, and she was different. Everyone loved her.

Whoever holds the pen writes the story.

Part-show, part-gig — it’s a wild and unblinking look at media representations and public approval; a punk/pop reimagining of Cinderella told by two of the most infamous fairytale villains of all time — The Ugly Sisters.

####Who are they?
Abbi Greenland and Helen Goalen formed RashDash in 2008 at The University of Hull; they are performers, devisers, choreographers and singers based at WYP in Leeds.

They are starting to play with how they can work with a writer, from the beginning, letting words affect movement and movement affect words. They are trying not to be scared of words and of asking someone else into the room to write them… they are doing well.

They were Fringe First winners 2010 and 2011, have been nominated for a Total Theatre award for Innovation and Experimentation, and are an Associate Company of West Yorkshire Playhouse.

####What people have said about them

4* A riotous evening of performance
A Younger Theatre 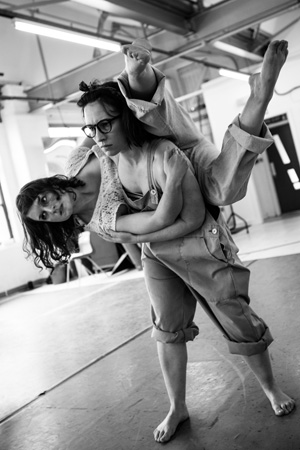