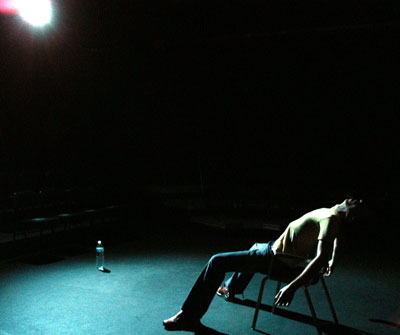 Brian Lobel creates performances about isolated bodies and the dilemma of community and interactivity. Lobel has shown work in a range of contexts, from medical schools to galleries, cabarets to museums. Performances include Cruising for Art (Victoria & Albert Museum, London, and Forest Fringe, Edinburgh), Hold My Hand and We’re Halfway There (Sadler’s Wells, Shunt, and with the Lower Manhattan Cultural Council, New York), BALL (in over 70 cities internationally and published by Routledge in Understanding Disability Studies and Performance Studies, 2010), Other Funny Stories About Cancer, and An Appreciation(Duckie, Bristol Old Vic, PSi Toronto and Purex, Lisbon).

In 2008, Lobel received a Wellcome Trust Arts Award for Fun With Cancer Patients, a grant from the Jerwood Charitable Foundation for Carpe Minuta Prima in 2010, a commission from motiroti for Purge in 2011 and professional development funding from ACE in 2012. He is a Teaching Associate at Queen Mary, University of London, a Supported Artist at The Basement in Brighton and an Associate Artist for Clod Ensemble’s Performing Medicine. 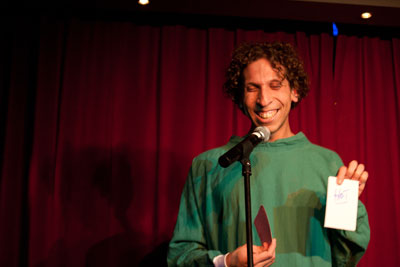 a raw, powerful piece… a show that is deeply touching in more ways than one. - The Guardian

Unexpected, quirky and provocative, BALL & Other Funny Stories About Cancer is a unique performance about illness and the changing body over time. Presented by Brian Lobel in one evening for the first time ever, his trilogy of work written in 2003, 2006 and 2009 challenges the stories of cancer survivors and cancer martyrs that have come before – infusing the “cancer story” with an urgency and humour which is sometimes inappropriate, often salacious and always, above all else, honest and open.

Starting from the moment of diagnosis with testicular cancer in 2001, Ball… goes beyond stories of cancer treatments to explore sexuality, gender and politics. Each of the three performances has toured extensively throughout the world in theatres, cabarets, medical schools and galleries. Putting the three shows together as one, BALL & Other Funny Stories About Cancer attempts to show that surviving cancer is only half the battle.

CAMP LIVE ART - Thursday 8 March, 10am to 4pm.  FREE with performance ticket
The workshop, CAMP LIVE ART, is meant for performers who are interested in interactive work. Using the model of American Summer Camps, workshop participants will create games with and for each other, exploring the artistic, political and personal potential inside creative play, competition and co-operation. Brian Lobel is a former American Summer Camp counsellor and was the activity programmer for Seeds of Peace International Camp - a camp working with children from Palestine/Israel, and India/Pakistan. He uses this experience to directly relate to his understandings about audiences and interactivity, using instructions as a form of dramaturgy. He loves games and is extremely competitive and hopefully all workshop participants will be too. 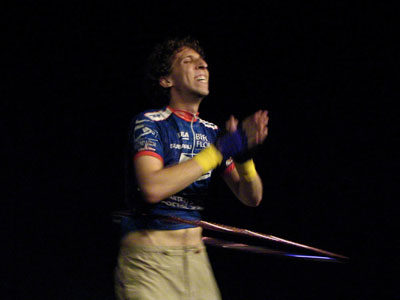