####Stop Press - bonus event
Because this is Word of Warning and because we can’t help ourselves, we’ve got an extra bonus event! Following their Emergency appearance, shaking their shambolic thing, Angel Club (north)’s errant offspring, The Mirror Twins return to present a special seasonal buffet of ‘one to one’ cabaret encounters. 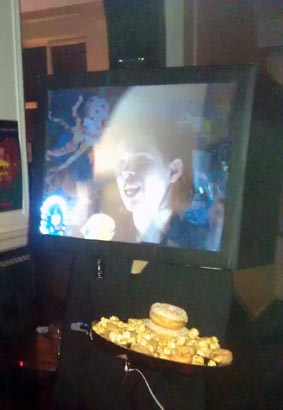 ###Made In China
####In Brief
A thrilling rollercoaster of a show about making sense of a mad world. Full of quick wit, hilarious stupidity, shards of deep dark insight, pop music, excess and plenty of mess.

Jess is stuck. Her lifelong friend, Chris, can’t help. The others are out getting wasted. And the world is falling apart.
Luckily Jess and Chris have a cooler full of beer, a goofy rapport, a series of dance moves – and a sincere desire to make you, the audience, happy.
Or so they claim.
They also claim that each other are liars. That they only met last year. And that they are eyewitnesses to the key world events of the last hundred years.

A flat-out, unhinged and very normal performance about trying to connect: to the person next to you and to the unknown victim of a televised tragedy.

We Hope That You’re Happy (Why Would We Lie?) is a hilarious and unsettling examination of what it means to be a tuned-in, delusional and unwitting consumer in a hyper-communicative world. 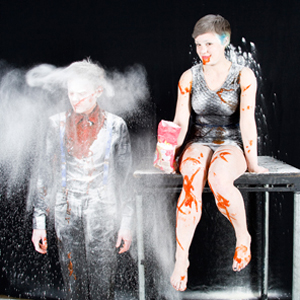 ####More
Formed in 2009 and already a National Theatre Studio affiliate company, Made In China debuted with Stationary Excess, performed on an exercise bike at Underbelly, Edinburgh 2010 before transferring to the Shunt Lounge. Part of Forest Fringe’s Edinburgh 2011 programme, the two hander We Hope That You’re Happy… turned more heads with an unhinged, riotous mix of new writing and live art that informs the company’s unique style.

####Who are they
Made In China is the collaborative work of Tim Cowbury and Jessica Latowicki. They make visceral shows at the juncture of playwriting and live art, for audiences who are fans of neither and both. So far, the shows have been physical, playful, excessive and destructive. Made In China are drawn to great stories but like to disrupt them with things like bad dancing, beer downing, interval training and downright lying. Each show makes its own rules. And each show aims to ask the audience difficult questions whilst giving them a really good time.

####What people have said about them

a slick, clever and disquieting exploration of dissatisfaction, compassion fatigue, empathy and emotional consumerism
Lyn Gardner, The Guardian
When I first saw Made In China I had one of those rare and exciting moments for a producer – when you feel you have glimpsed the future… I hugely enjoy their work
David Jubb, BAC
50 minute pocket rocket.
Time Out
There are moments of ferocious eloquence in Tim Cowbury’s writing.
Financial Times
4stars What’s On Stage 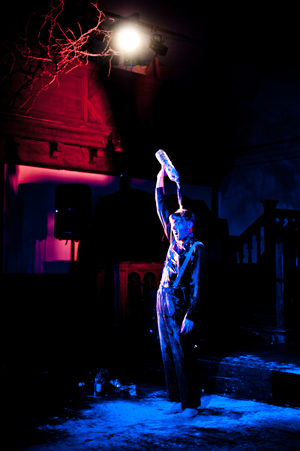