Sit back and relax to the dulcet tones of Richard DeDomenici’s songs that aren’t real, facts that are funny, and jokes that don’t rhyme, in his new show Popaganda.
A jetlagged litterpicker of the world’s cultural landfill, watch DeDomenici throw western civilisation at the wall, caution to the wind, and see what sticks.
Like a can of tomato soup Popaganda is condensed, easily digestible, and likely to stain. 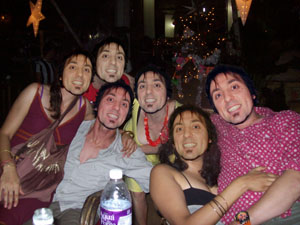 ####Who is he? Artist, Filmmaker, Raconteur and Manufacturer of Dangerous Toys since 1798. 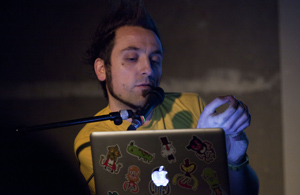 The thinking man’s Ashton Kutcher
Matt Trueman, The Guardian
Beautiful acts of absurdity highlighting more serious issues. Frighteningly effective.
The Guardian
Clever, tremendously funny, powerfully political and unafraid to be accessible. Think of comic activist Mark Thomas crossed with TV satirist Chris Morris, and you have something approximating DeDomenici.
The Sunday Herald
This is the Future
Time Out
Describing DeDomenici’s set doesn’t do him justice. I found him to be a clever instigator of mischief, which he chronicles on video and presents to the audience. It’s stand-up, but with a much more ‘performance’ angle than most. Some bits work better than others, like his lyrics to the theme tune of TV’s Cagney and Lacey and his hilarious treatment of the UK tour of the Olympic flame. I found his act very funny, and I would most certainly go out of my way to see him perform again. 4stars
www.acrossthearts.co.uk 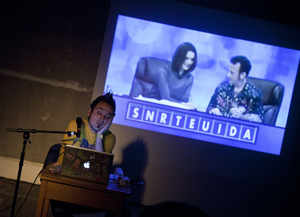 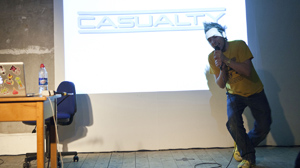